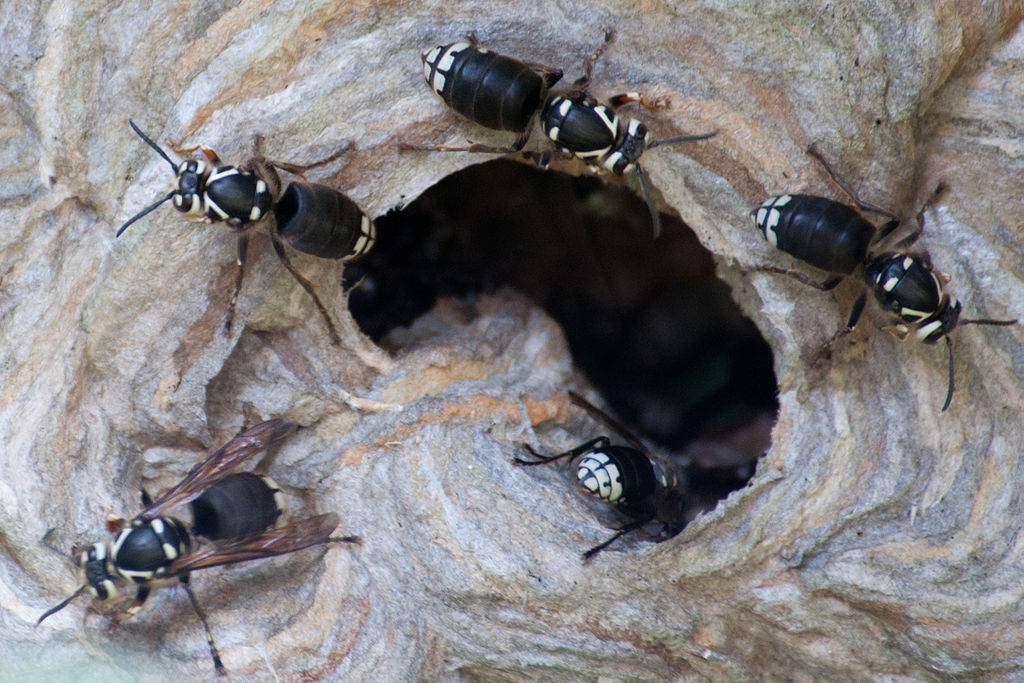 By Paul Asman and Jill Lenoble [CC-BY-2.0], via Wikimedia Commons 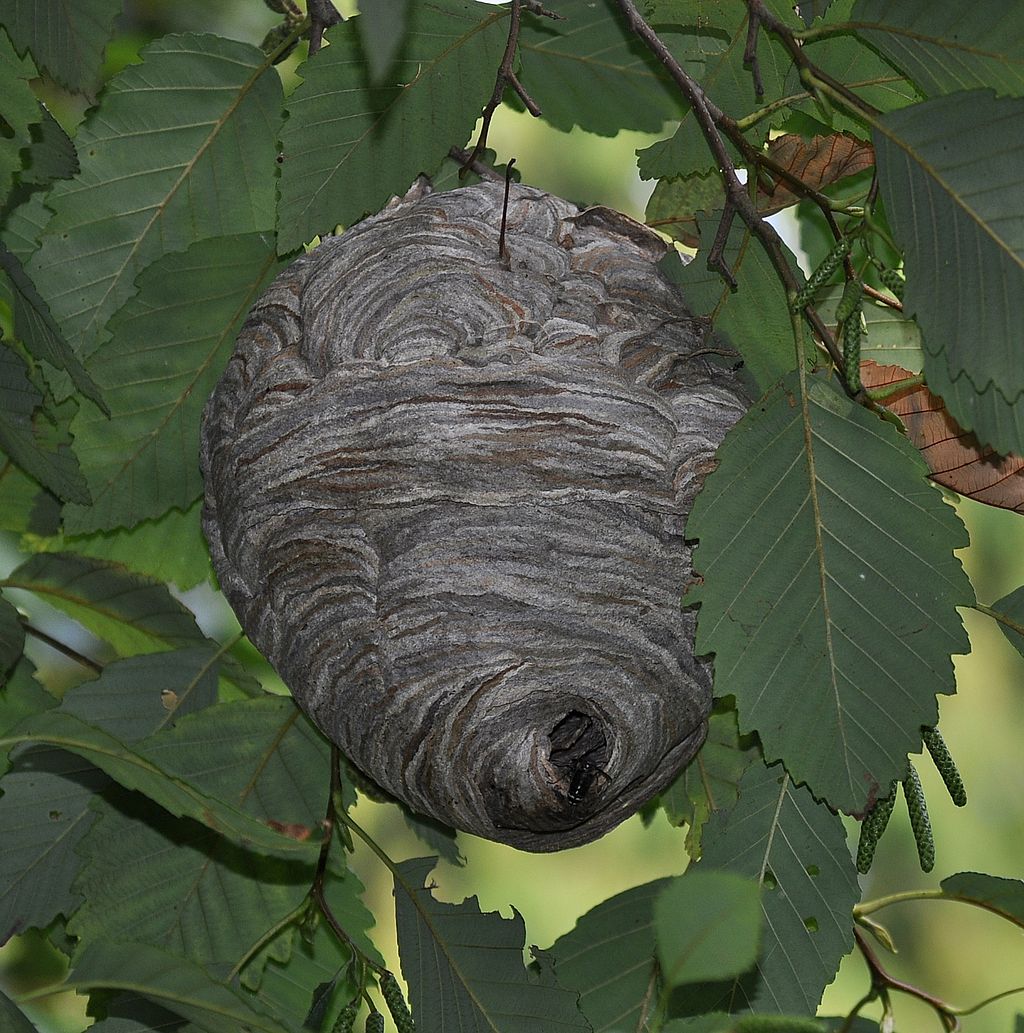 By The High Fin Sperm Whale (Own work) [CC-BY-SA-3.0 or GFDL], via Wikimedia Commons

Bald-faced hornets, also commonly known as white-faced hornet, white-tailed hornet, blackjacket or bull wasp, are most active during the day. It actually belongs to a genus of yellowjackets in North America, but unlike many congeners it lacks yellow coloring. Instead, it is called a hornet in the American sense of a wasp that builds paper nests.

Their females are known for defending their hanging paper nests with repeated stings. 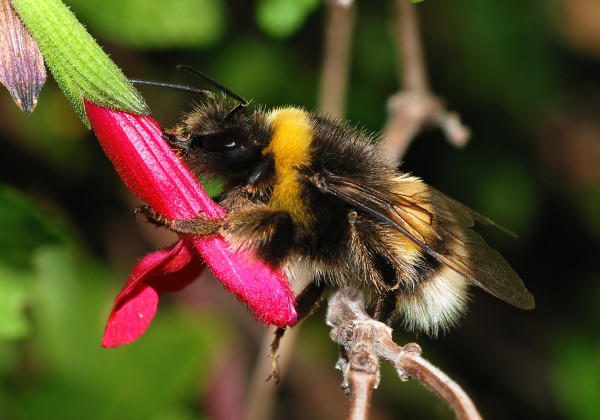 “Bumblebee October 2007-3” by Alvesgaspar – Own work. Licensed under CC BY-SA 3.0 via Wikimedia Commons.

Bumblebees are social insects which form colonies with a single queen; colonies are smaller than those of honey bees, consisting often of fewer than 50 individuals in a nest. Female bumblebees can sting, repeatedly, but generally ignore humans and other animals. 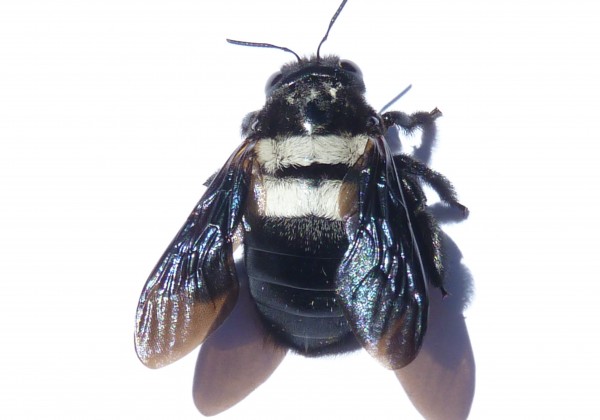 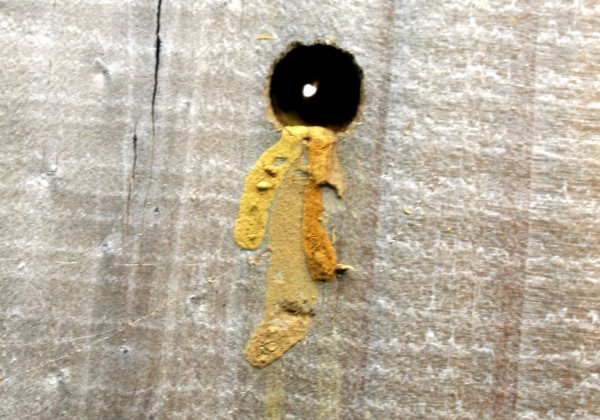 Some are often mistaken for a bumblebee species, as they can be similar in size and coloration, though most carpenter bees have a shiny abdomen, while in bumblebees the abdomen is completely clothed with dense hair.  Male bees are often seen hovering near nests, and will approach nearby animals. However, males are harmless, since they do not have a stinger. Female carpenter bees are capable of stinging, but they are docile and rarely sting unless caught in the hand or otherwise directly provoked.

Often also referred to as the cicada hawk, the cicada killer is a large digger wasp species.  Cicada killers are large, solitary wasps which use cicadas as prey and provision their nests with cicadas.  In North America, they are sometimes called sand hornets, although they are not hornets.  Although cicada killers are large, female cicada killer wasps are not aggressive and rarely sting unless they are grasped roughly, stepped upon with bare feet, or caught in clothing, etc.  Males aggressively defend their perching areas on nesting sites against rival males but have no sting. 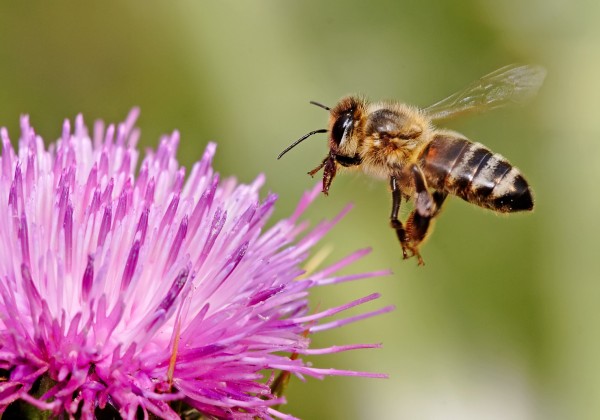 Primarily distinguished by the production and storage of honey and the construction of perennial, colonial nests from wax.  Honey bees are social creatives and live in well-organized colonies, and do not require hibernation. 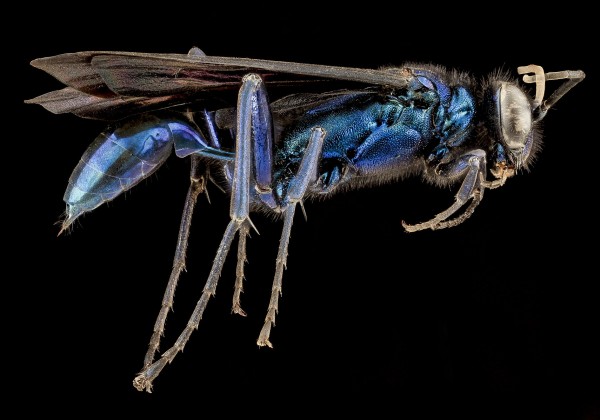 By Sam Droege from Beltsville, USA [CC-BY-2.0], via Wikimedia Commons 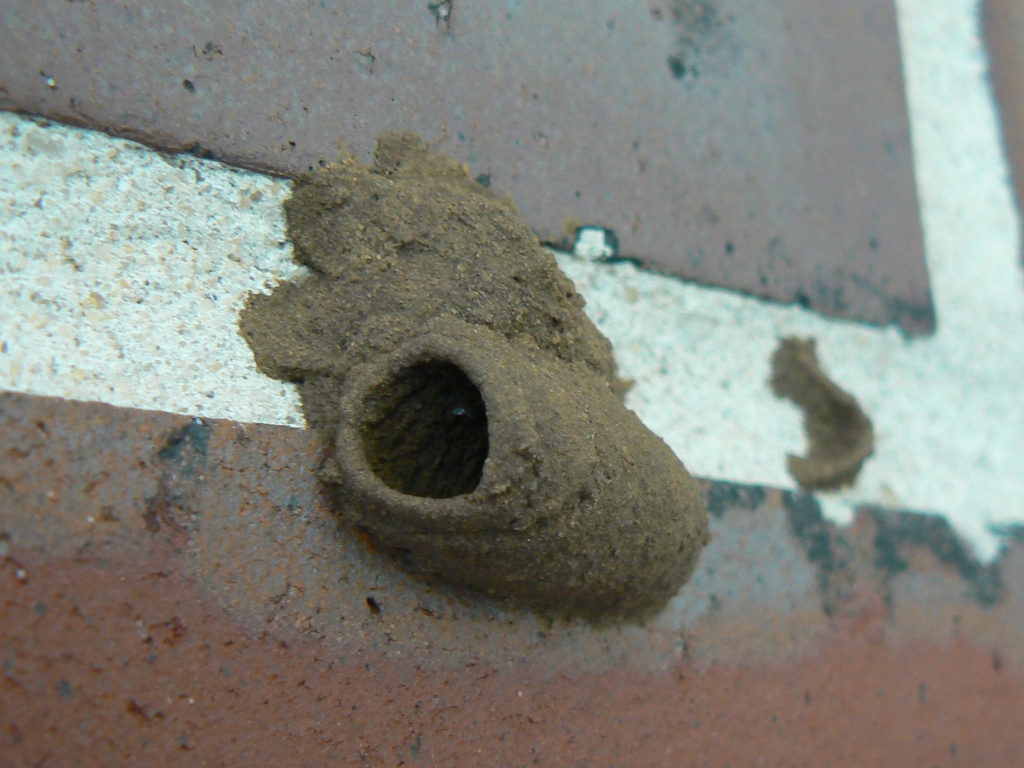 Mud dauber is a common name for wasps that make their brood nests with mud. There are many species of wasps referred to as mud daubers; some other common names are dirt daubers, organ-pipe wasps, mud wasps and potter wasps.

Because of the commonly-applied name and thusly belong to different families, mud daubers are variable in appearance, but most are long, slender wasps. They are not aggressive and unlikely to sting; however, don’t approach their nests without exercising extreme caution. 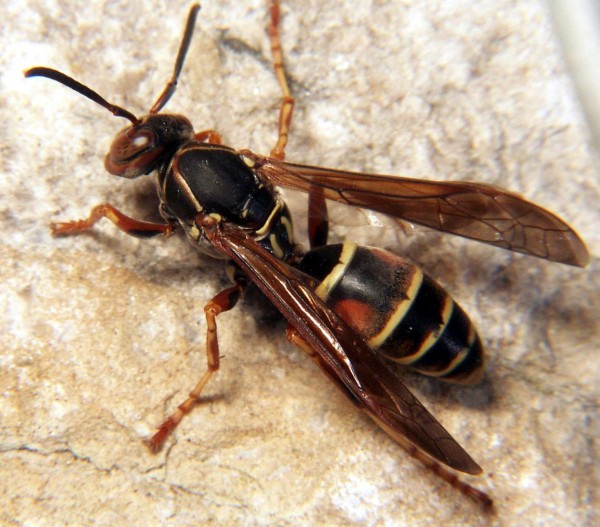 Paper wasps gather fibers from dead wood and plant stems, which they mix with saliva, and use to construct water-resistant nests made of gray or brown papery material. Paper wasps are also sometimes called umbrella wasps, due to the distinctive design of their nests.  Paper wasps will generally only attack if they themselves or their nest are threatened.  Their stings, however, can be quite painful. 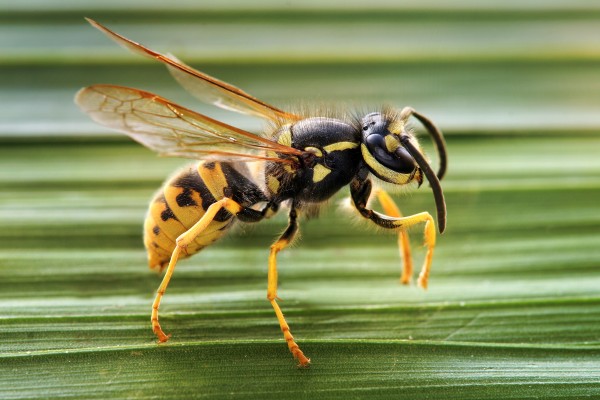 By Richard Bartz, Munich aka Makro Freak (Own work) CC-BY-SA-2.5

Important predators of pest insects.  All females are capable of stinging repeatedly.