Using do-it-yourself products often do not work well when homeowners are dealing with Asian lady beetles. 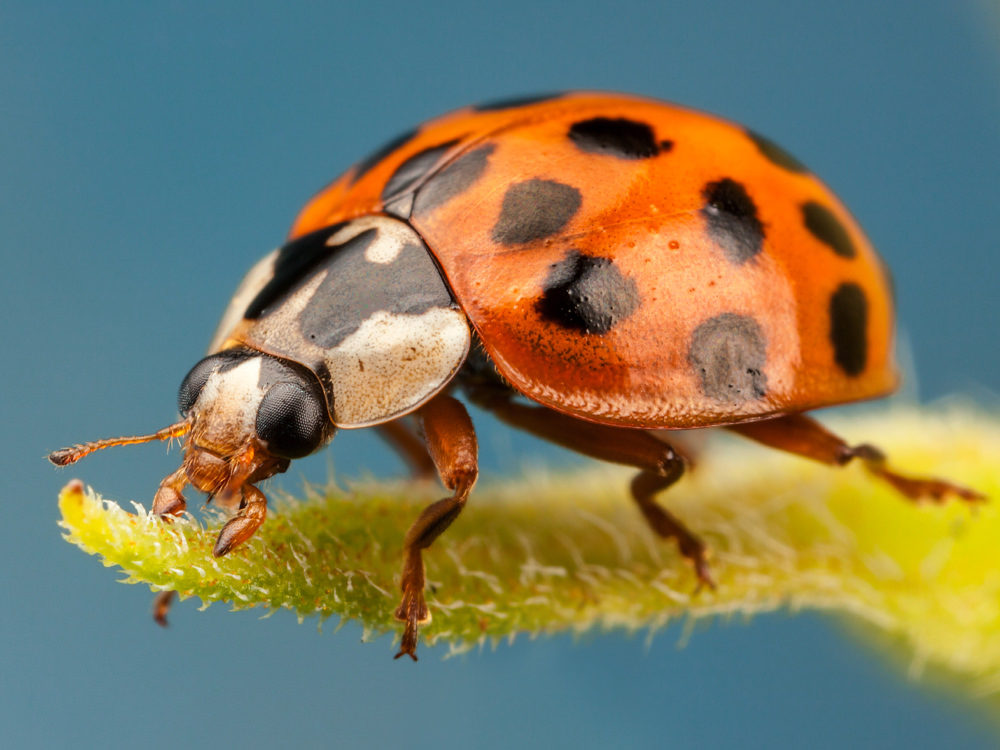 About Asian Lady Beetles in Michigan

The multi-colored Asian lady beetle is a native of Asia and relatively new to Michigan. Like a variety of many exotic species, it has readily adapted to climates and habitats in the U.S. As with nearly all lady beetles, it is a highly beneficial predator on a variety of insect pests, especially aphids, in food crops, trees and landscape plantings. Trouble occurs when populations buildup, and large numbers of beetles enter buildings in the fall to hibernate. During unusually warm winter days and in early spring, the beetles wake up and crawl into areas of buildings inhabited by people. Since lady beetles are a significant natural defense against aphids and other pests, it is important to correctly identify the Asian lady beetle and use restraint with the use of pesticides or other management tactics.

Distinguishing the Asian lady beetle from other lady beetles:
The adult is oval-shaped and about ¼-inch long and about 3/16-inch wide. The color of the its back (elytra) genereally ranges from mustard yellow to bright red-orange. In some parts of the world, almost entirely black forms are found. Unlike most lady beetle species, the number of black spots on its back may vary from zero to 20 or more.

Distinguishing characteristics: The area on the insect’s back just behind the head is called the pronotum. On Asian ladybeetles, it is straw-colored with four black spots that form a W- shape when viewed from the front or an “M” when viewed from behind.

The Asian lady beetle larva resembles a small, spiny alligator with a blue-black body and two rows of small, orange to reddish spots on its back. Newly hatched, they are about 1/8 inch long and grow to about 0.5 inches.

When fully grown, the Asian lady beetle larva molts into a pupa then transforms itself into an adult beetle. The pupa is usually attached to a leaf or other substrate near an aphid colony. The pupa is orange with black spots and similar in size and shape to the adult.