Bee infestations are very common in Metro Detroit in the warm weather months. Before attempting any kind of bee removal, you should seek the help of a licensed professional who can identify which type of bee you are dealing with and recommend an appropriate bee treatment.
Call Us Today 800-934-4770 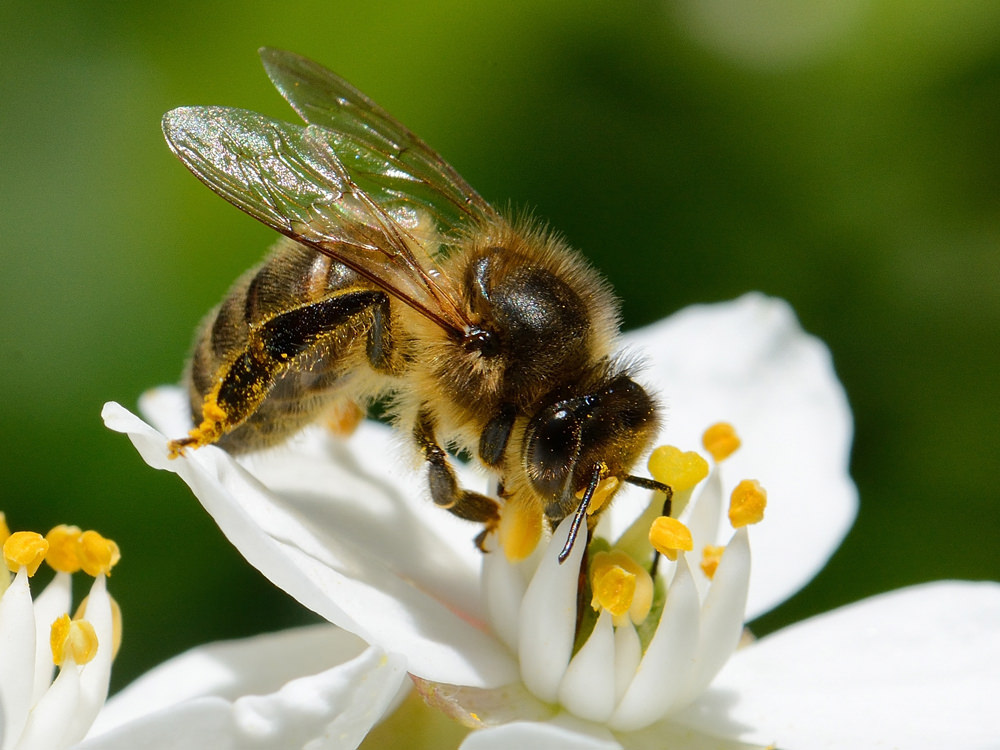 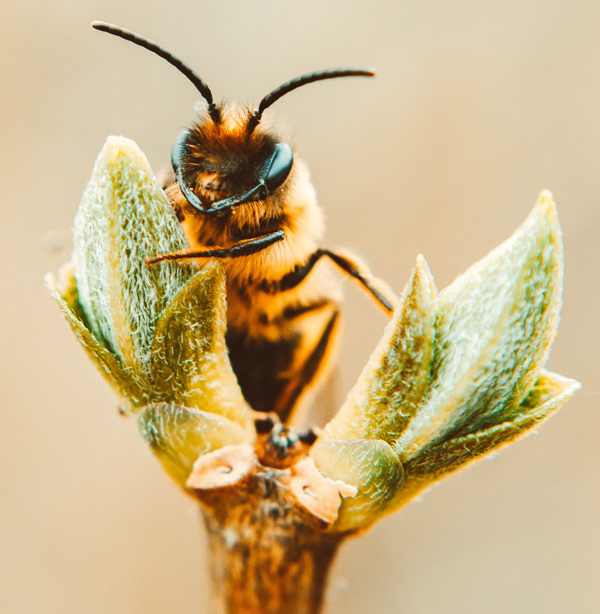 What kind of Bee Problem do you have?

There are many kinds of bees – from the helpful honey bee to the destructive carpenter bee. Some bees build nests in the ground, while others will build them in trees, under roof eaves, or even within the walls of your home. 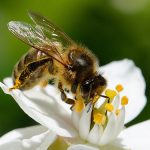 While honey bees are especially important to our environment, they can damage to our homes, as well as pose threats of severe allergic reactions to some. Pest Masters has pest control services specifically designed to safely and responsibly remove honey bees that have invaded. And remember, Pest Masters always follows local, state and federal regulations for bee removal and prevention.

Honeybees form an elaborate colony system and each bee within the hive serves a distinct purpose for the survival of the entire colony. Worker bees are most commonly seen as they collect pollen outside of the hive. The worker bees are also responsible for maintaining the structure of the hive and caring for any larvae. The survival of the colony is largely dependent upon the queen bee and only a few of the larvae will develop into queen bees. If a hive produces more than one queen at a time, one may leave the hive and start a new colony. New queens will mate with drone bees and will be able to lay up to 2,000 eggs per day.

Honeybees may swarm when a new queen leaves the hive to start a new colony or the old hive becomes overcrowded. The swarm is composed of the new queen, a few drones and worker bees from the old colony. Though the swarm may look menacing its purpose is to find a location to build a hive and swarming bees do not typically sting. Bee swarms generally move on within 2 to 3 hours but may last up to a few days.

If honeybees choose to build a hive inside the structure of your home, you may hear a buzzing sound inside of your walls or attic space. Left untreated the hive may cause damage to drywall as the honey oozes inside the wall cavity. The sweetness of the honey may also attract other insects or mice to feed.

To help deter honey bees, do not position flowering plants near places where people are around often, such as sidewalks and doorways. If honey bees are in your home or on your property, contact Pest Masters to set up a time for an expert to inspect the issue. Do not try to remove the hive. 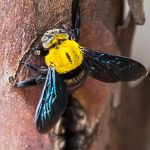 Carpenter bees are pollinators who are an asset to the environment and are generally harmless to humans but can cause damage to structural wood elements. Carpenter bees are bigger than honey bees and are usually seen flying around solo rather than in large colonies. And unlike many other bees, only the female carpenter bee can sting you, the males do not have stingers.

Unfinished or weathered wood attracts the robust, black and yellow carpenter bee. Carpenter bees can be a serious property threat, as they can cause structural damage over time if left untreated. Male carpenter bees can be territorial and may hover in front of one’s face aggressively, but they have no stinger and these actions are merely for show. Female carpenter bees create a single nesting hole, so if you notice multiple holes, that means you have multiple carpenter bee nests. Common nesting sites are generally on the exterior and include fascia boards, eaves, window trim, deck posts and rails as well as wooden outdoor furniture.

Looking to get rid of carpenter bees? Carpenter bees prefer bare wood, so painting and staining wood can sometimes help deter them. However, they will sometimes attack stained or painted wood, so contact a pest control professional for proper carpenter bee control. Homeowners should also routinely inspect wood on the property for signs of a carpenter bee infestation, including round, smooth holes. 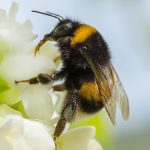 Bumble bees are social insects which form colonies with a single queen; colonies are smaller than those of honey bees, consisting often of fewer than 50 individuals in a nest. Bumble bees often nest in the ground, but can be found above ground around patio areas or decks. They will sometimes build their nest in soffits of attics.

Bumble bees are not known to be aggressive, but these fuzzy buzzing insects can deliver powerful stings – multiple times. Female bumblebees can sting, repeatedly, but generally ignore humans and other animals. But if you mess with their nest, it’s a different story. They defend their nests aggressively. 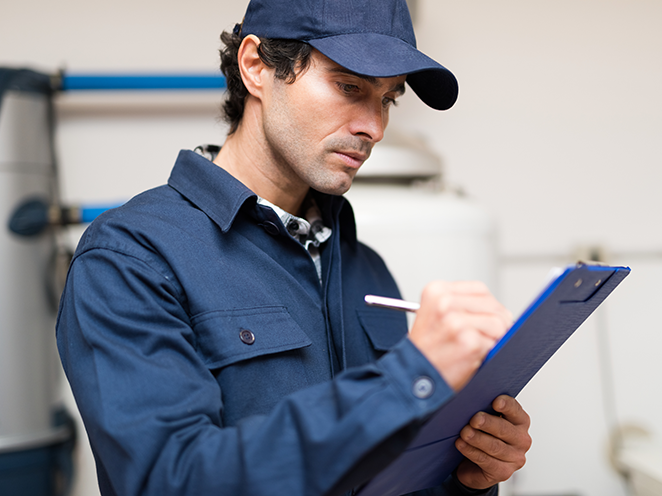 Your safest bet is to talk to an expert about how to get rid of bees – you don’t want to take a chance with these stinging insects. Call Pest Masters and we’ll get one of our team members dispatched immediately.