Using do-it-yourself products often do not work well when homeowners are dealing with earwigs. 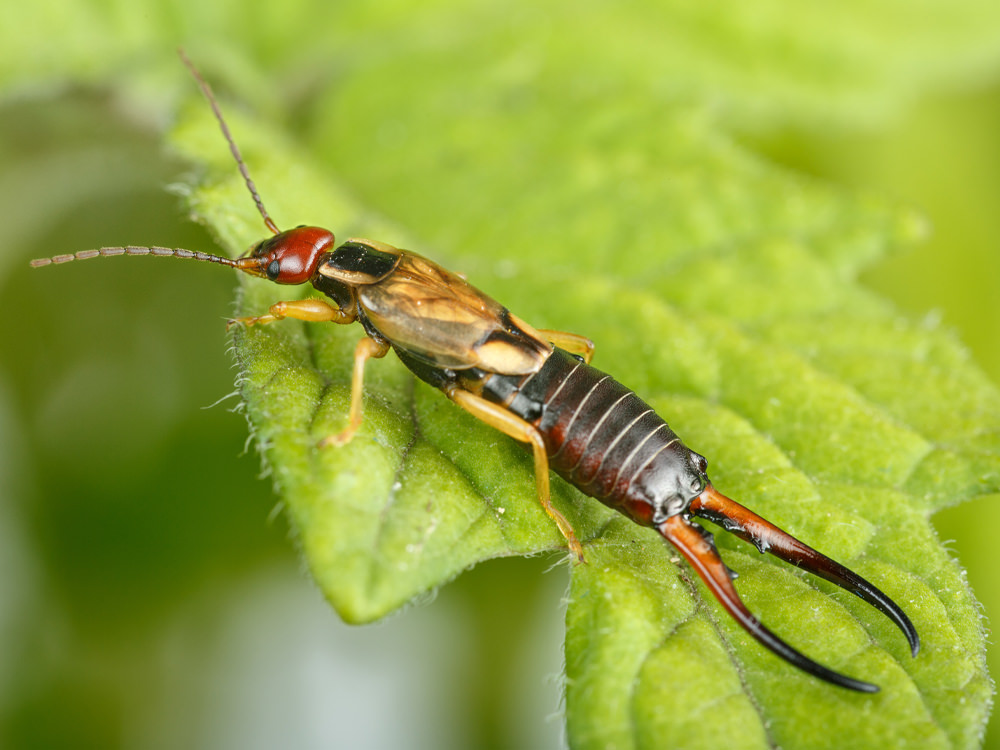 The name “earwig” comes from an ancient superstition that these insects enter the ears of sleeping persons and bore into the brain and lay eggs. Fact is they’re harmless, despite a pair of fierce-looking pincers or forceps on the tail end of the insect. They can deliver a semi-painful pinch if the animal is handled roughly, not that anyone ever handles an earwig. Earwigs are nocturnal and hide during the day in moist, shady places under rocks, tree bark, or logs. They feed primarily on decaying vegetation but will occasionally feed on living plants, and live or dead insects. Young develop underground in small burrows tended by the female. They begin to emerge from their underground nests around the third week of June in southern Michigan. Earwigs find their way into homes through cracks around basement windows, doors, and other points of entry located near ground level. They have wings but seldom fly. In the fall, they can congregate in large numbers on trees, sides of homes, and other structures as they seek out protected areas in which to spend the winter. Even though earwigs are one of our least-liked insects, they are not known to bite or sting, eat your house or stored food, or infest your pets, transmit diseases or harm trees. The best method of controlling earwigs inside of the home is to vacuum them up.