Too many millipedes running around?

Using do-it-yourself products often do not work well when homeowners are dealing with millipedes. 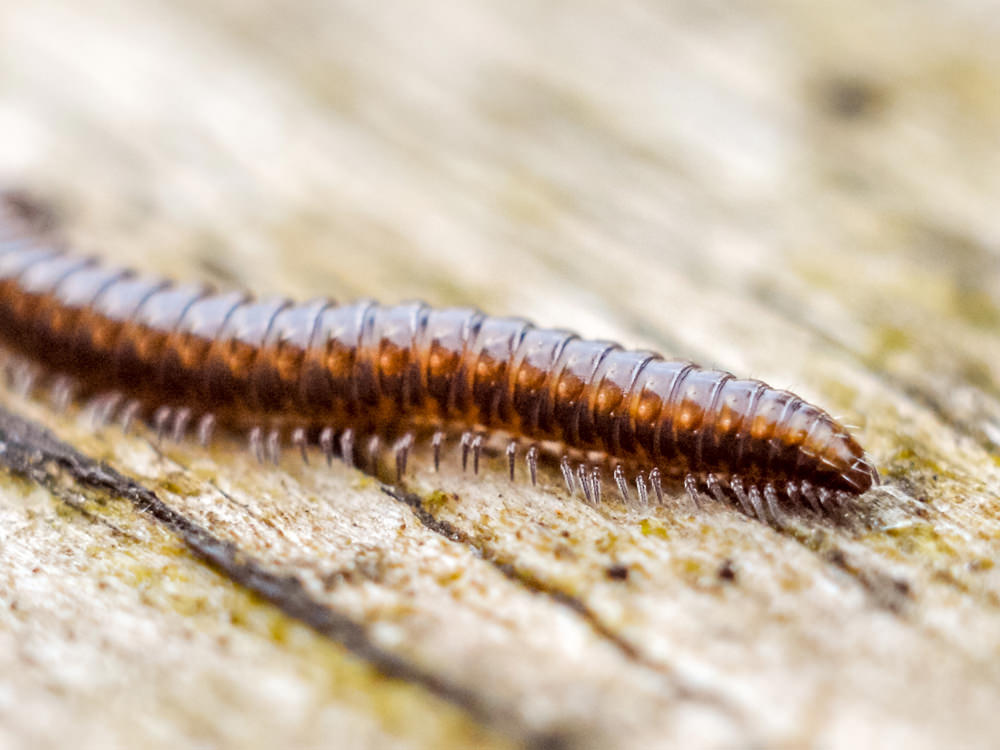 About Millipedes in Michigan

Millipedes are a group of arthropods that are characterised by having two pairs of jointed legs on most body segments; they are known scientifically as the class Diplopoda, the name being derived from this feature. Each double-legged segment is a result of two single segments fused together. Most millipedes have very elongated cylindrical or flattened bodies with more than 20 segments, while pill millipedes are shorter and can roll into a ball. Although the name “millipede” derives from the Latin for “thousand feet”, no known species has 1,000; the record of 750 legs belongs to Illacme plenipes. There are approximately 12,000 named species classified into 16 orders and around 140 families, making Diplopoda the largest class of myriapods, an arthropod group which also includes centipedes and other multi-legged creatures.

Most millipedes are slow-moving detritivores, eating decaying leaves and other dead plant matter. Some eat fungi or suck plant fluids, and a small minority are predatory. Millipedes are generally harmless to humans, although some can become household or garden pests. Millipedes can be unwanted especially in greenhouses where they can cause severe damage to emergent seedlings. Most millipedes defend themselves with a variety of chemicals secreted from pores along the body, although the tiny bristle millipedes are covered with tufts of detachable bristles.