Silverfish munching on your stuff?

Using do-it-yourself products often do not work well when homeowners are dealing with silverfish. 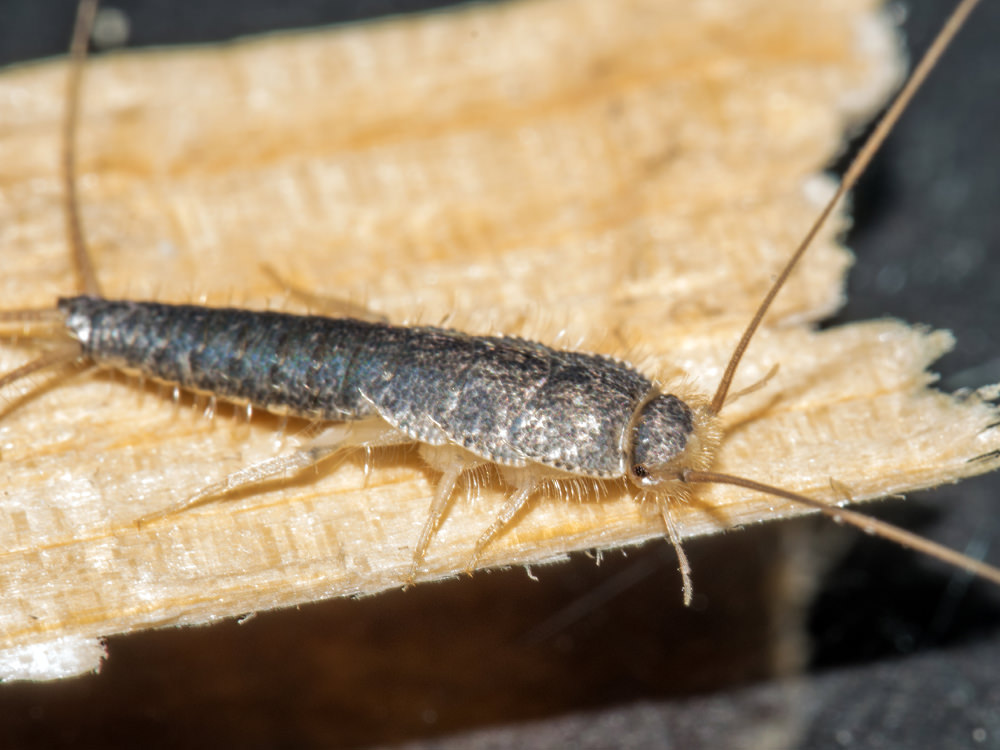 About Silverfish in Michigan

Silverfish (Lepisma saccharina) belong to a very primitive group of wingless insects, known as Thysanura. These insects appeared on earth long before the cockroach. They have a distinctive carrot-like form, long and slender, broader at the front end and gradually tapering to the rear. The silver hair-like scales that cover the body are the basis for its common name. There are three long, posterior filaments that make up the insect’s tail. There are 18 species of Thysanura that occur in North America. Two species are cosmopolitan pests, the common silverfish and the firebrat, Thermobia domestica.

The common silverfish is up to 10mm in length and uniformly silver to slate gray in color. These silverfish are a common pest in homes, libraries and museums where they eat paper, fabrics, and get into cereals. They have mandibles that can remove the sizing of paper in books, and magazines, damaging etchings and prints. They nibble on book bindings and feed on the glue and paste in the binding. This insect prefers cool, damp situations; their preferred temperature range is 72 to 80 degrees F. The common silverfish can live for as long as two years and molt up to 50 times during this period.

If you see silverfish running over the floor, you can be sure there are more specimens lurking behind the walls, in voids of shelving and under baseboards. Silverfish eggs are very small, often laid in cracks and crevices and are carried into buildings along with cardboard boxes and other shipping containers. Silverfish are nocturnal and will quickly retreat into hiding when lights are turned on. In general, silverfish are found at the floor level and on shelving. Moist, dark areas make the most attractive habitats.